For the first time, you can mirror the display of a supported Android device onto a monitor or TV through the device’s USB port, using a newly-released driver by display chip maker DisplayLink. The driver works for adapters or docking stations using DisplayLink’s chips that are attached to tablets and smartphones running Android version 5.0 (Lollipop) or higher. Using the driver may also give access to other docking station functions, such as Ethernet and sound if the Android device already supports those functions. All Plugable USB display adapters and docking stations use DisplayLink chips.

This is a beta-level software release, which means there are crashes and bugs to deal with in specific scenarios, but the potential is exciting. Here is an example of how everything works so far.

The screenshots above show the app in the Google Play Store and the main screen when the app is launched. So what happens when you plug a DisplayLink device into an Android device? 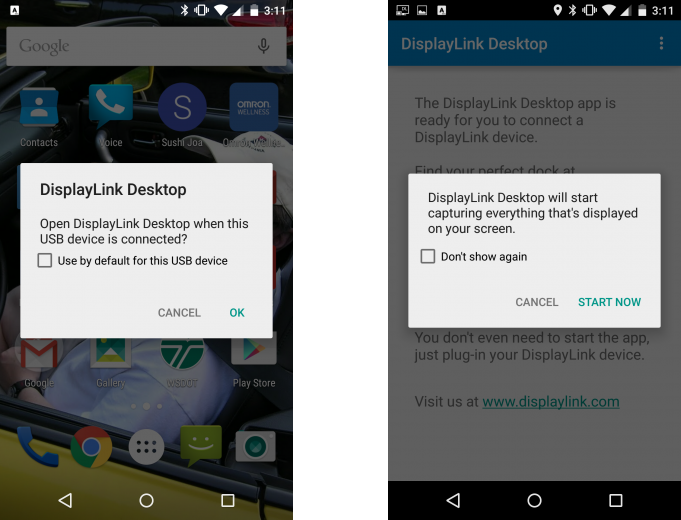 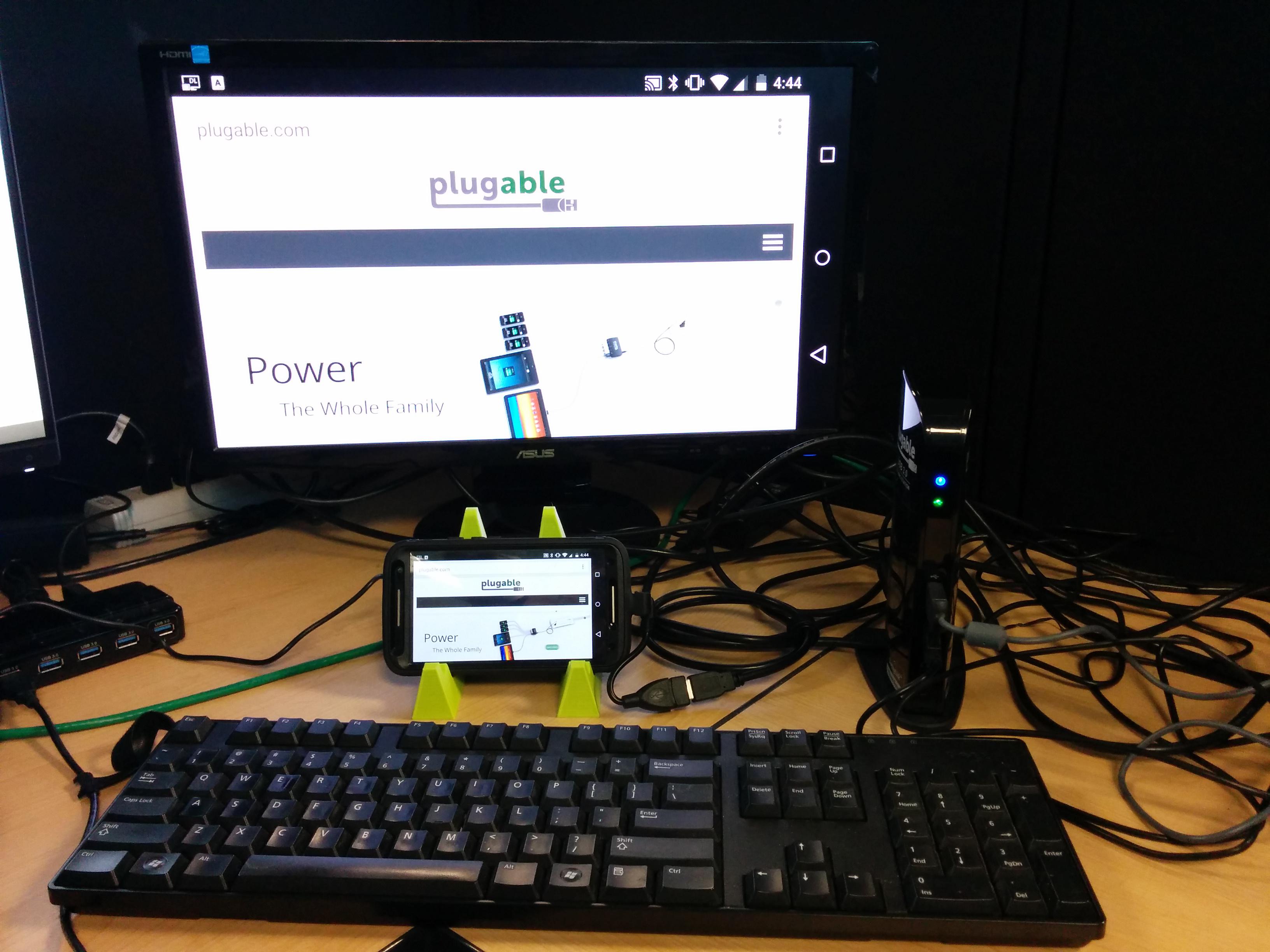 So what all is working here?

As this is a beta, I did run into some issues. While testing I received a text message and that caused the application to crash. I disconnected the phone from the dock and the OS was frozen and eventually caused a reboot. Again, this is an early beta and I’m sure with time these bugs will be worked out.

Disconnecting the phone from the UD-3000 and connecting it to our UD-PRO8 docking station yields even more interesting results. Not only can I make use of the additional display but there is also support for the wired Ethernet chipset since the ASIX Ethernet chip used in the dock is usually supported under Linux, which Android is based upon. Unfortunately the Moto X Gen 2 won’t pull a charge from the UD-PRO8 while connected so while docked the battery will discharge.

Though this is just an early beta there are a lot of exciting possibilities to this new product. With further development it may be possible to use an Android phone or tablet as a primary system. We’ll keep you up to date as the beta progresses, and we’d also love to hear about your experiences in the comments section!

Most Android devices do not have a full-sized USB “A” port, as a USB OTG adapter is required to connect any USB devices.

Hardware we have tested so far:

While this is beta-level support, it’s exciting to have the potential to turn Android devices into desktop replacements with keyboard, mouse, a big screen, and other USB devices. If you put it to use, please let us know your results of testing with your own devices in the comments. We’d love to hear from you!