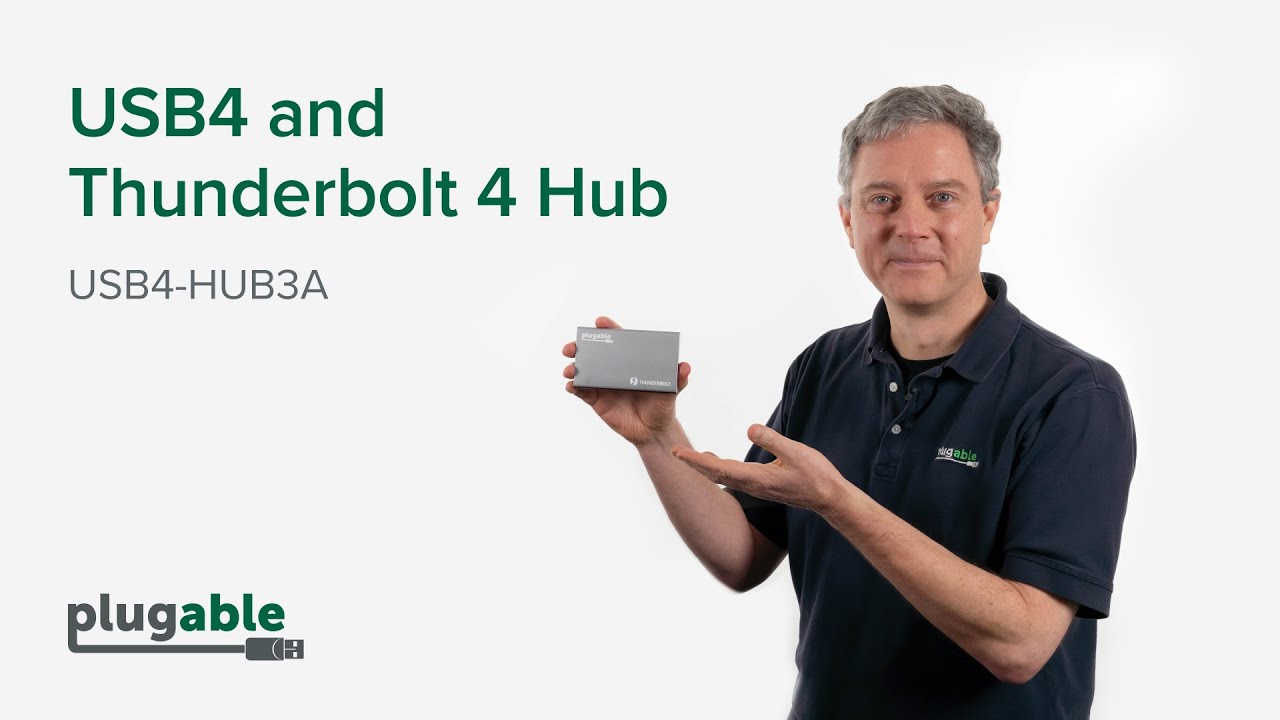 The hub looks simple. It's got three downstream USB-C ports, it's got its own power, one downstream USB-A port, and a connection back to the laptop. And because the USB4-HUB3A is using Intel's Goshen Ridge chipset, it has really great forward and backward compatibility with newer and older systems and devices.

Connected to the MacBook Pro, we have the Plugable USB4-HUB3A and then off of its downstream USB port, we've got a USB3 hub—a 10 port version. So now I have ten USB3 ports all at a full 5Gbps performance. And then off of one of those ports, we have connected a Plugable USB2, two-port hub. Off of those, we have connected two USB 1.1 devices—the oldest possible USB standard, and through that, we have a keyboard and mouse connected.

The Goshen Ridge chip can support two 4k displays @ 60 Hz, a 5k display @ 60 Hz, or an 8K display @ 30 Hz. What we're showing here on the desk is two 4k displays running @ 60 Hertz. One of them with an included USB-C to HDMI adapter. We include that in the box and make sure that it's one that works great with the hub. Then we have a second one, an optional one that's not included in the box, that we're using here for this setup to connect the second monitor.

On the laptop side, any Mac laptop that supports USB-C will work at full function, meaning the full function of the laptop itself. On the Windows side, it's any USB-C system with a few exceptions of some older Thunderbolt 3 systems that don't have upgradeable firmware. You just have to be on the lookout for those, but if you've got a standard USB-C Windows laptop, or any sort of newer system from 2020 and later that is Thunderbolt 4 / USB4 compatible, those will all work.

You can see here in the setup that we've just got a single cable back to the MacBook Pro which is being charged by the hub. The hub supports a maximum charge rate of 60 Watts, which in this case is less than the maximum that the MacBook can support, but that's not a problem. USB-C charging is smart and the two sides negotiate to the common power level. And 60 Watts is enough for normal use while still charging the battery. And while you're not using it, it's going to charge quite quickly.

The downstream ports support standard type-C USB power at 5 volts, 3 amps. So a total of 15 Watts on each. Almost all phones are able to be charged at close to a full rate. 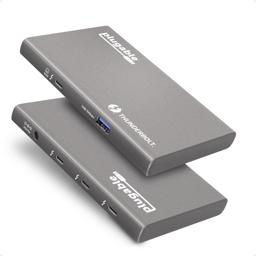 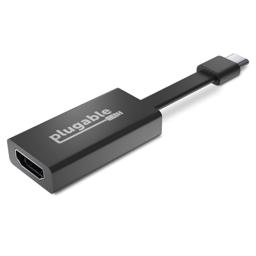