When it comes to game consoles and handhelds, Nintendo has a history of using unusual and proprietary connections and storage for their products. For the Nintendo Switch, there is a rather refreshing use of widely-adopted standards. The Switch utilizes MicroSD cards for added storage, a venerable 3.5mm audio jack, the docking and charging port is a USB Type-C connection, and the dock makes use of USB Type-A as well as HDMI. Not a single proprietary port in sight!

As a Switch owner myself, I was pretty excited to poke and prod at what the device could and couldn’t do. Especially here at Plugable where we’ve released a few products that seem perfect for the Switch.

There’s still some unusual and proprietary systems in place that I’ll get into in this article. For example, as of this writing there have been no third-party solutions to get direct HDMI output from the Switch’s USB-C port. The dock is ultimately required for this. With all the USB-C docking solutions and adapters we have, it was disappointing to find they wouldn’t work, but the reasons for this are at least interesting, which I’ll delve into later.

The good news is that there are plenty of Plugable products that will work when attached to the Nintendo Switch. A couple of network adapters and USB Type-C to Type-A adapters can help to get your Switch connected inexpensively to a wired network with or without the dock. 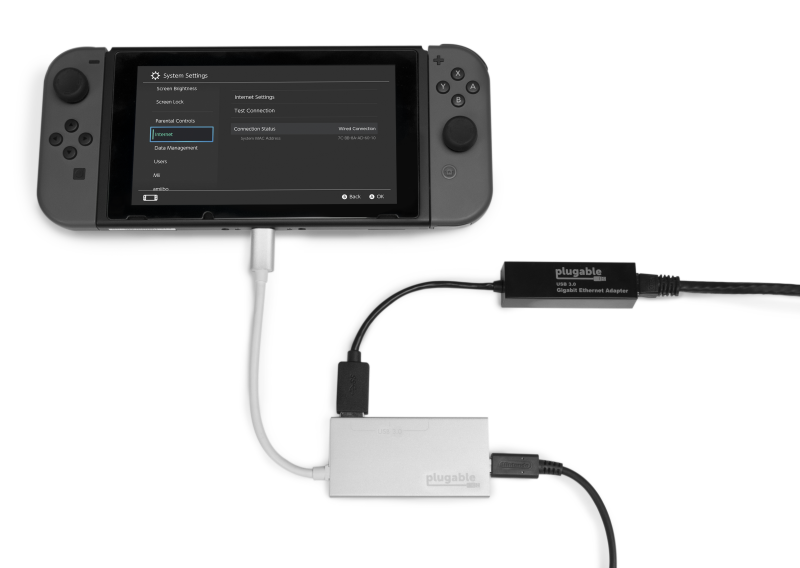 The Nintendo Switch’s dock is one of the aspects of the Switch that seems standard and simple from the outside, but there’s a bit more going on here than meets the eye. At the front of the dock you’ll find two USB 2.0 Type-A ports which are pretty much exactly as they seem.

Inside the dock, you’ll find a USB-C power connector, a USB 3.0 (or USB 3.1 Gen 1) port, and the HDMI output. In our testing the dock won’t provide HDMI output unless you’re using the official charger for the Switch.

For TV Mode Plugable USB hubs may become more useful for connecting accessories later on as more accessories are released. For now the most important accessories in this mode are the ones that provide reliable wired network connectivity for upcoming multiplayer games like Mario Kart 8 Deluxe and Arms. 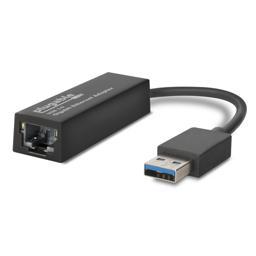 This is easily the most popular accessory customers have been buying for their Switch. While the adapter is somewhat limited by all the ports on the Switch dock being USB 2.0, this still provides a steady wired connection with more potential throughput than most Internet connections can provide. 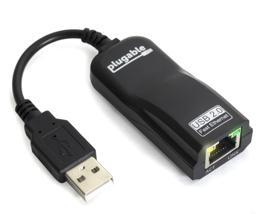 While the USB2-E100 cannot provide the same level of performance as the USB3-E1000, even with the USB ports limited to USB 2.0 performance currently, most home internet connections are rarely much faster than this adapter is capable of. If you’re using older wired network equipment, this can be a good option. 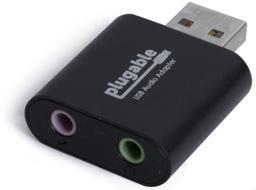 While the Switch has a built-in 3.5mm TRRS jack for headsets, using the USB-AUDIO adapter would allow the use of headsets that have separate TRS jacks for headphone output and microphone input. With some games having voice options built-in, this can be a great choice for using a non-USB PC headset with the Switch. Just be sure to evaluate whether your headset is using the proper implementation of TRS connections as noted on the USB-AUDIO’s product page.

This device was originally designed with Mac users in mind, but has proven to be quite capable for use with the Switch as well. Using the charger that came with the Switch, it is possible to add wired network connectivity with a USB3-E1000 while also charging the Switch! This is great when using the TV in docked mode isn’t an option but you still want to play some multiplayer games without the worry of ever running out of juice. 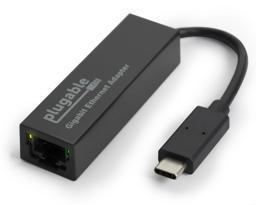 If you don’t mind using the Switch’s battery but would still like an inexpensive way to get a wired connection in handheld mode, the USBC-E1000 can get you connected quickly and easily.

Instead of using a dedicated Type-C network adapter, combine this adapter with the USB3-E1000 or USB2-E100 you use in TV Mode with this adapter to gain wired network connectivity in Handheld Mode without charging.

Nintendo, known for being quirky, sometimes makes technical decisions that leave us scratching our heads wondering what was the rationale. On the Wii U, and now the Nintendo Switch, Nintendo has elected to leave the default MTU value for network connections at 1400 while most networks are configured to utilize a 1500 MTU value. 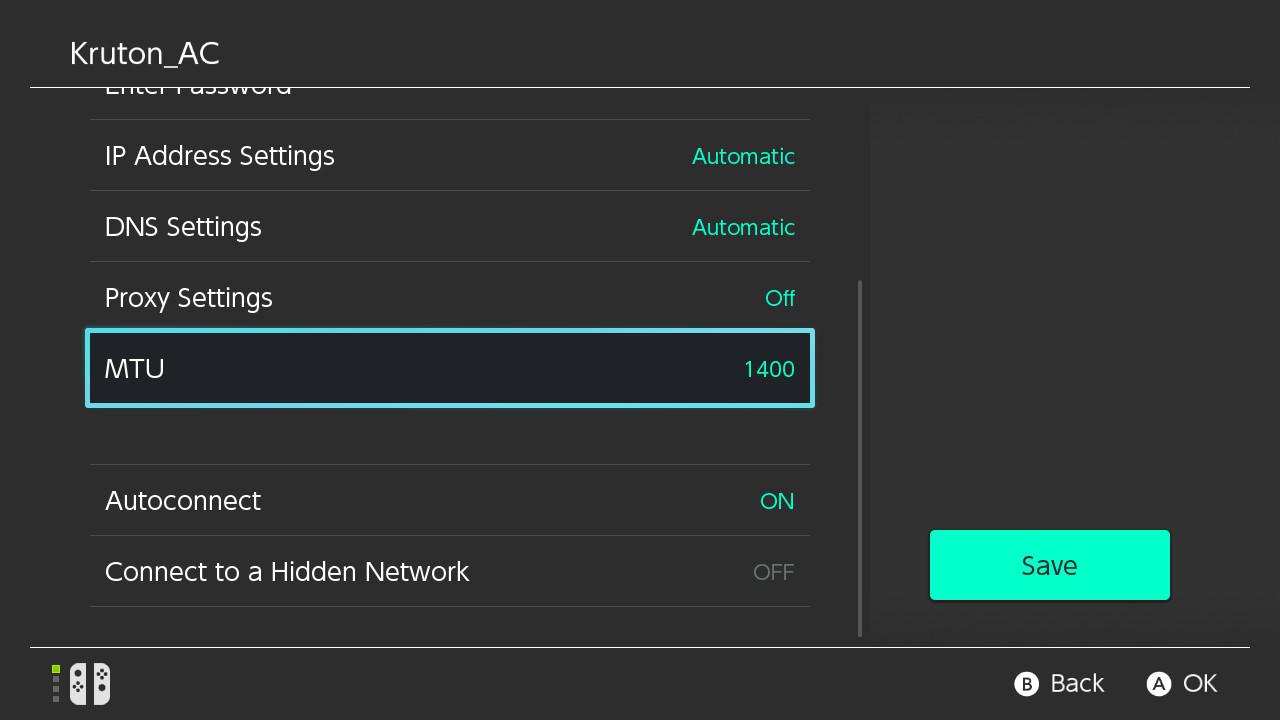 The Switch’s built-in network test leaves a lot to be desired. From what we can tell, during the performance test the Switch only makes network connections to the following:

Since there are no configuration options for the network test on the Switch console, and it clearly doesn’t use a standard service like Ookla (who developed speedtest.net), it means you could end up testing against a server in Japan or the USA using an unknown testing methodology. This can cause the network test to vary wildly from one test to the next. Any internet connection test can’t be totally reliable as there are too many factors that can impact the speed, but the unknowns and inability to control which test server is used makes the Switch’s test even more inconsistent. 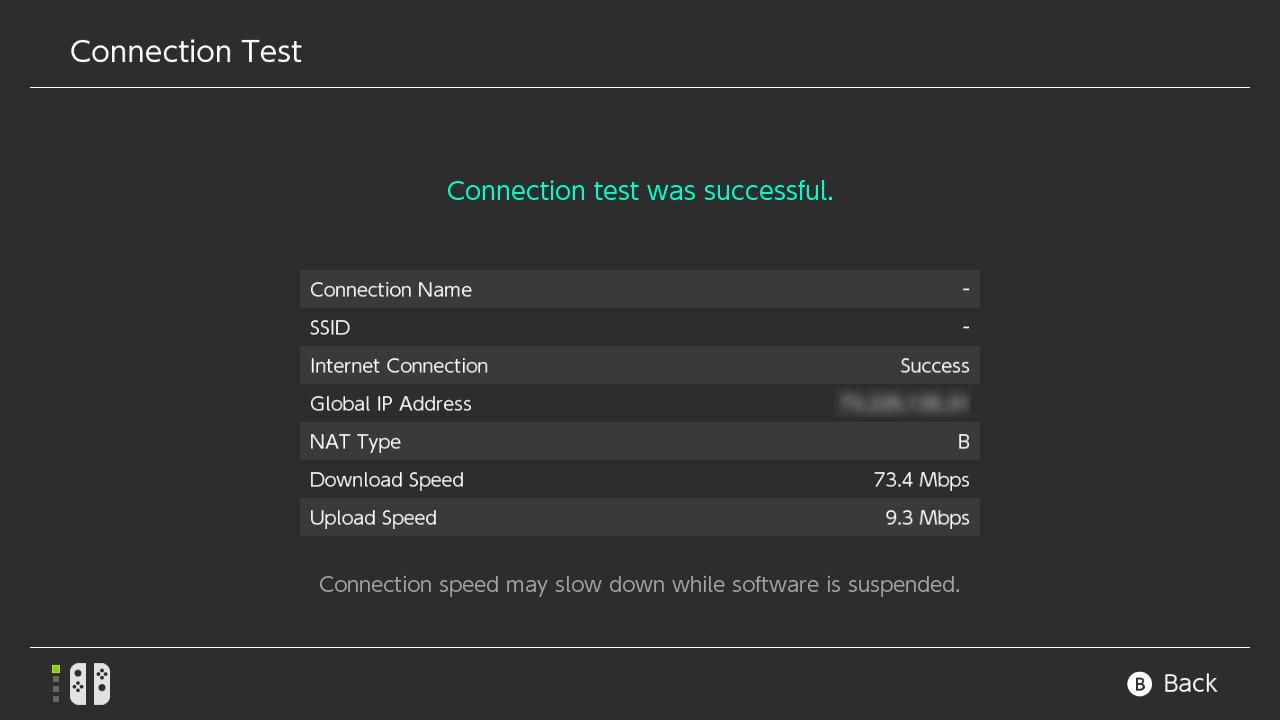 Note the download performance change between the two tests. 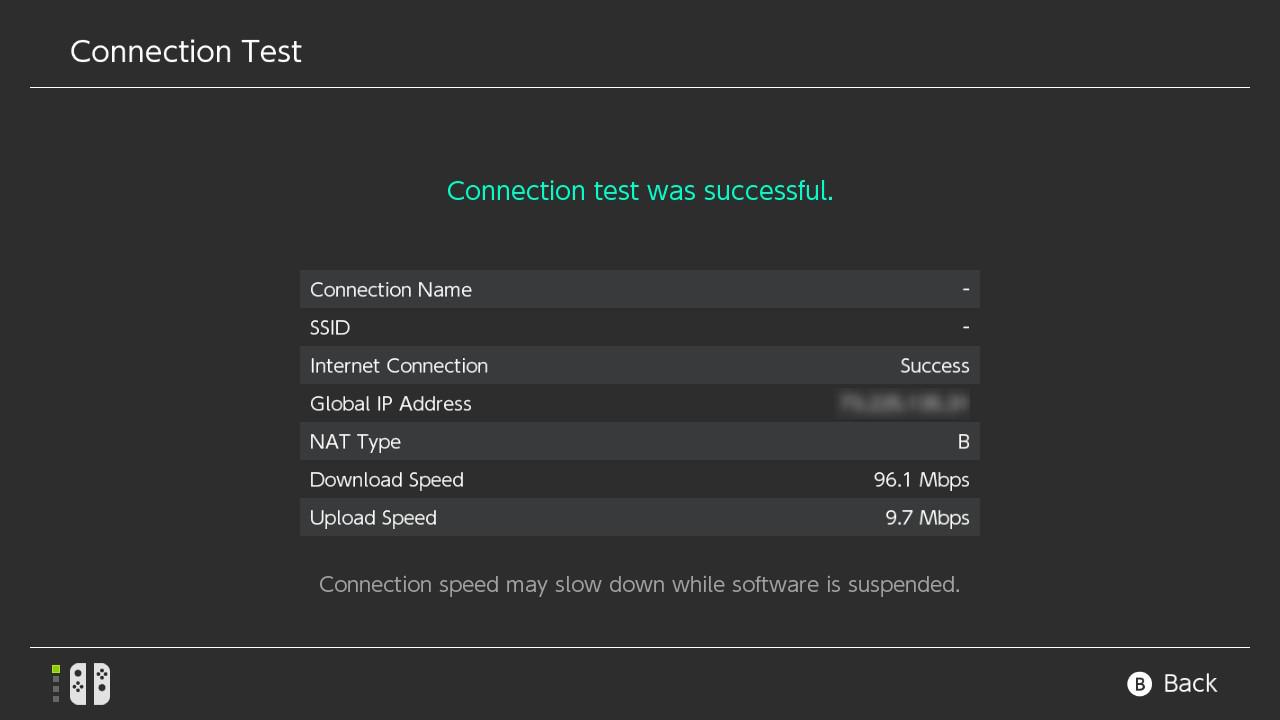 Generally it has been observed that setting the MTU value up to the standard 1500 value helps the network connection test be a little more consistent, but you may occasionally see drops in measured performance.

Here at Plugable we also sell our own Bluetooth adapter, the USB-BT4LE. Generally we discourage the use of Nintendo controllers with the adapter as not all features of the controller will work (for example, rumble and gyroscope functions), and they are not explicitly designed to work with devices other than the console they were made for. Wireless accessories for the Switch communicate over Bluetooth, and they will connect to a PC as a DirectInput device. However, there are some caveats to this. DirectInput is considered a deprecated standard in Windows in favor of Xinput. This means that many games won’t work correctly with Switch accessories unless additional software is used. Because of this, we can’t explicitly recommend using these accessories with our Bluetooth adapter, but if you’re willing to tinker a bit, they can work a treat. 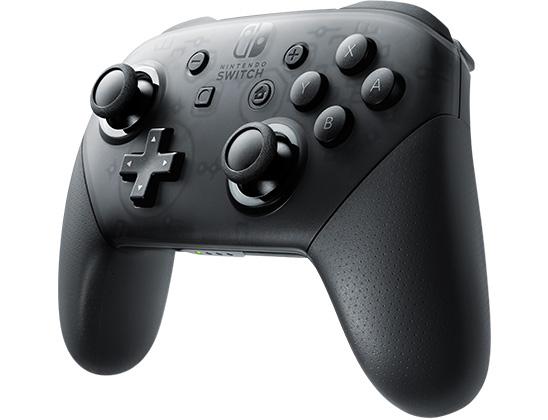 This has become a personal favorite of mine for use with RetroArch. After configuring the input mapping for the controller it works fantastically for retro gaming fun. In terms of in-hand feel, the large A, B, X, and Y buttons, along with a satisfying D-Pad, really make this a much better option for RetroArch than the Xbox 360 and Xbox One controllers. 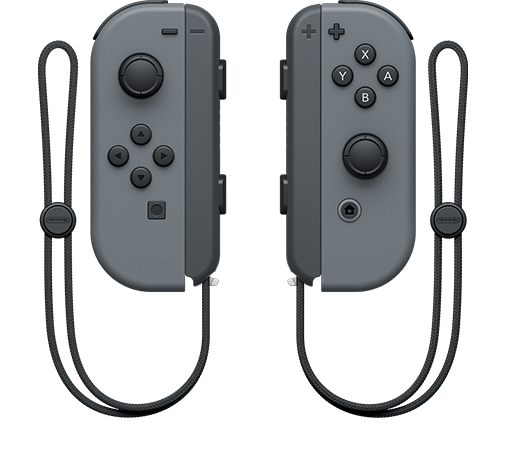 Each individual JoyCon can be paired via Bluetooth, but there isn’t a good method of using both JoyCon controllers together as a single control input in the same way the Switch uses them. As long as you can make do with basic input from a single JoyCon (preferably with a grip attachment to make it more comfortable), it can work fairly well.

Unfortunately, for whatever reason, Nintendo has chosen not to support Bluetooth audio profiles with their Bluetooth implementation. Instead, they’ve announced that things like voice communication will be handled through an app designed to run on a phone or a tablet (sorry, what?). Since the audio is from two separate devices, how users are expected to hear the game and their voice communication at the same time is nothing short of a mystery.

I would like to say that there’s a good solution to add Bluetooth audio to the Switch, but that is unfortunately not the case. You could argue that plugging an unwieldy Bluetooth Audio Transmitter into the 3.5mm audio jack might work, but this is inconvenient at best.

TV Output Without The Official Dock

Nintendo has elected to use a video output implementation on the console itself that doesn’t work with any device currently on the market other than their dock, but has strangely made only limited quantities of additional docks available for purchase. Meanwhile, USB-C supports video output directly through the use of Alternate Mode functions including DisplayPort and HDMI. Instead of using one of these standards, Nintendo is using an uncommon sub-specification of DisplayPort called “MyDP”. Additionally, from flowcharts included in their patent filings it would appear that the Switch communicates with the Dock to validate it is present before switching (heh) from the built-in display to the MyDP output. Because of this, it seems unlikely that third-party solutions will arrive any time soon, if they arrive at all. This is really unfortunate because it would be great to have a more compact option for connecting the Switch to a TV on-the-go. 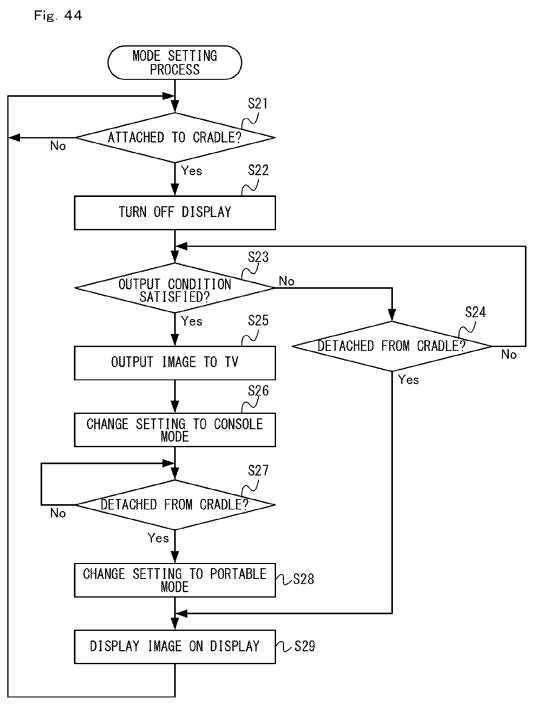 Update: Some third-party solutions for docking have emerged since this article was originally written. While some users report success with these docks, there are also reports of third-party solutions damaging the Nintendo Switch console. USB Type-C technology is still difficult to implement properly in the industry, and with Nintendo’s specialized usage for the Nintendo Switch dock, it adds yet another layer of complexity to creating a high-quality product.

The location of the USB-C port on the Switch is fantastic for the dock, but terrible for handheld mode. Why can’t we charge it while it is using the kickstand on a table, or with the bottom of the device flush against your leg while sitting? Being able to charge it from the top side of the device would have made things a lot more functional. Given that USB Type-C can be configured for charging a device from multiple ports, this seems like an oversight.

See It in Action 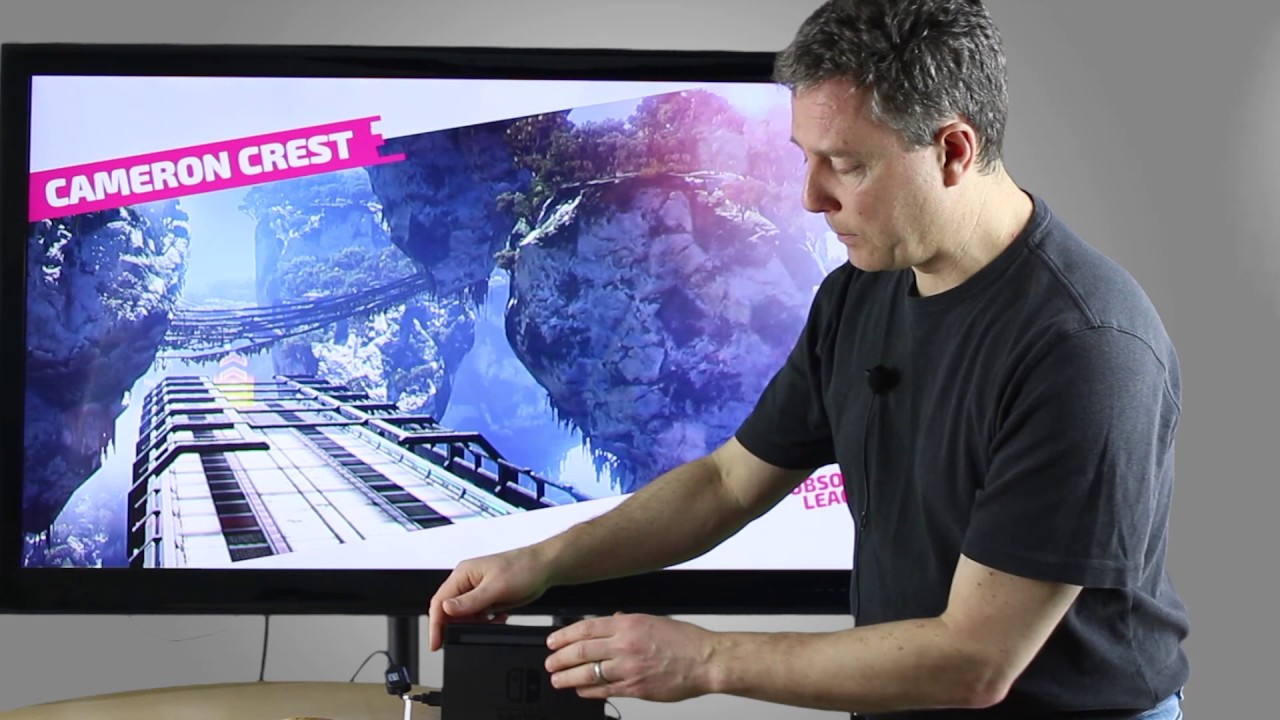 There’s a lot of potential in the hardware Nintendo has selected for use with the Switch. It will be exciting to see over the coming months and years what Nintendo has in store for accessories and features, as well as the continued evolution of our own line of products that may be compatible with it. We’ll be sure to update this article periodically to share new findings about the Switch and info that may be of use for owners of Plugable products! Stay tuned! 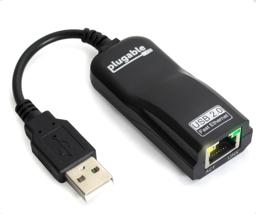 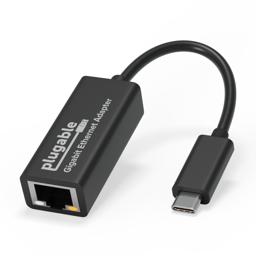 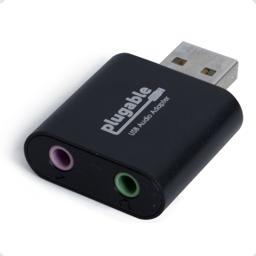