You just signed up for a gigabit broadband plan and got your new docking station or USB Ethernet adapter supporting gigabit connectivity. So you hook it up to your Dell Inspiron system, jack in the Ethernet cable, and navigate on over to speedtest.net or fast.com to see those sweet speeds… Only, there’s a problem — you’re getting embarrassingly low download or upload speeds when you’re paying your ISP for much more.

Before grabbing the pitchforks and suspecting the USB Ethernet device to be the issue, chances are, there is a Dell-provided software on your computer that’s causing the trouble.

After working with a customer experiencing slow Ethernet speeds through their Plugable UD-3900 docking station, we discovered the sneaky culprit at hand was SmartByte, a program that claims to prioritize your network traffic in ways to improve the quality of the videos that you watch.

However, a Google search of “SmartByte” immediately reveals a wave (Dell forum post, Tenforums post, Reddit post) of frustrated users who report SmartByte slowing down their network speeds on their system. Of course, it’s difficult to validate every single network issue (or anything worse) that is being reported about SmartByte, but it is clear that this program is prone to causing performance headaches for many folks using a wide range of network devices.

After all, this was enough for Dell themselves to essentially acknowledge the problems of SmartByte by releasing a support article walking through steps to resolve these networking issues, with the last steps ultimately being to disable SmartByte!

All this being said, how can you tell if SmartByte is installed on your Dell Inspiron computer?

If you do see SmartByte listed, don’t panic! From there, you can double-click the entry to run through its uninstaller and completely remove it from your system. Keep in mind that SmartByte may be reinstalled to your system through Dell SupportAssist, so you may need to uninstall this as well to prevent SmartByte from coming back.

Another option is to disable SmartByte on your computer. The software will still exist on your system, but it should stop manipulating your Internet traffic. Disabling SmartByte and running a speed test is a good quick way to see if SmartByte is indeed slowing your system. 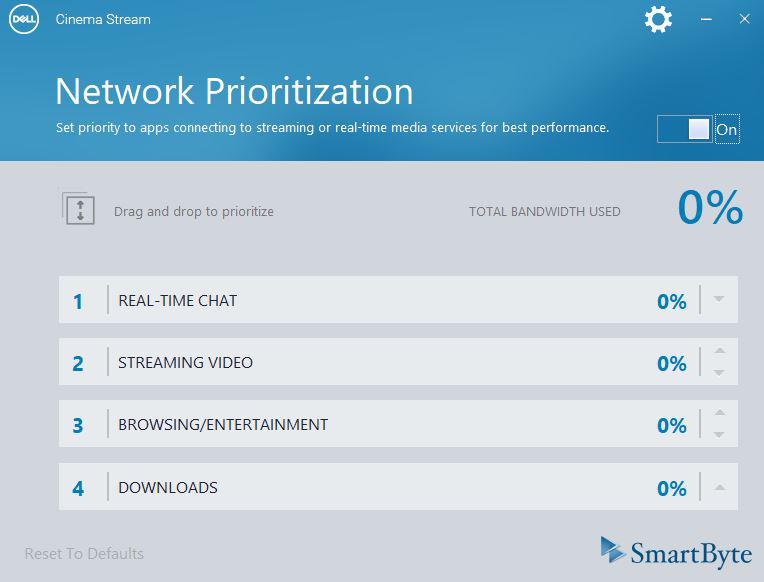 Networking issues such as these can often be quite complex and difficult to isolate as there are many factors that vary from environment to environment. If you are still having issues with Ethernet speeds through your Plugable device, please contact us directly at support@plugable.com and we’d be glad to investigate further.

What have been your experiences with SmartByte? We’d love to hear your comments below!