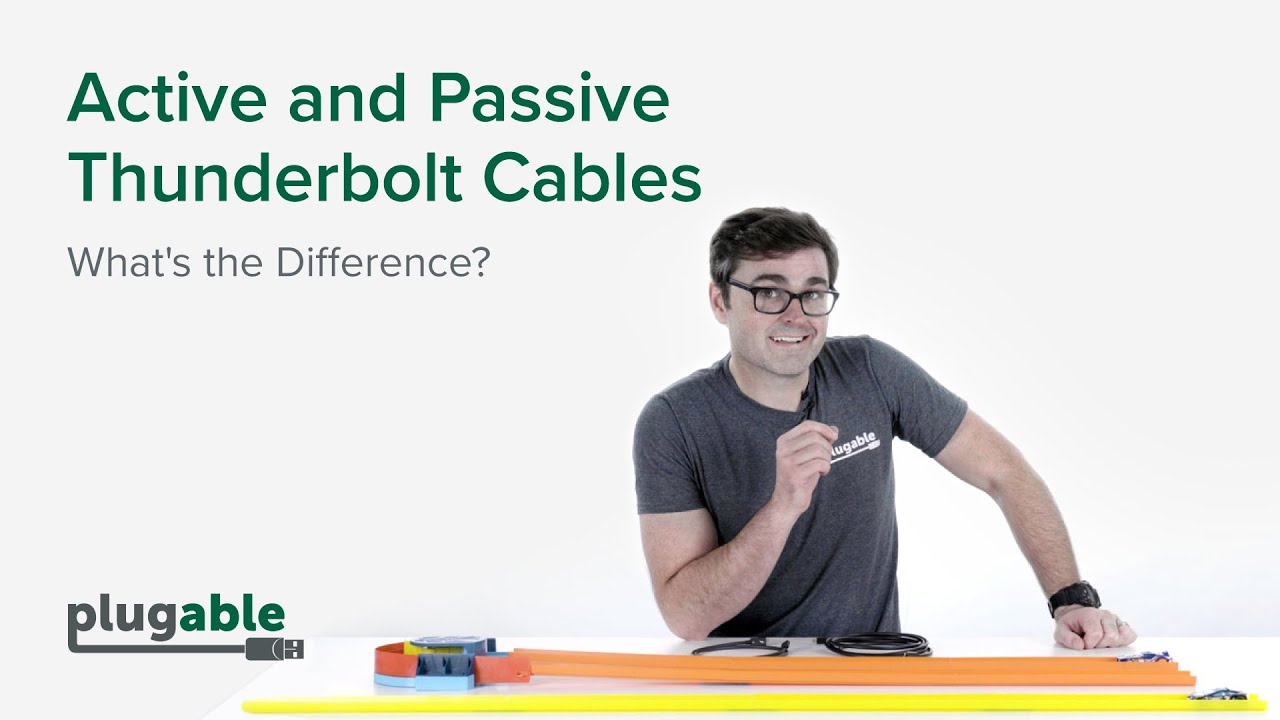 An active cable uses little electronic chips to increase the distance your data can travel along its path. A passive cable doesn’t.

Ok, I’m Gonna Need a Little More Than That

Ignoring for a moment that a data cable—despite its straightforward appearance—has a lot going on inside, let’s focus on the data. Data flowing through cables can only go so far before signal integrity starts to degrade. And the faster the data rate, the faster that degradation occurs. Take the Plugable Passive Thunderbolt 3 cable, for instance, at 0.8 meters you're transferring data at 40Gbps. But try that on a two-meter passive Thunderbolt 3 cable and you’re only pushing 20Gbps of data.

Now suppose you needed to run 40Gbps of data and 8K video from your laptop to a docking station two meters (or roughly one standard cow) away. You’re going to need an active cable. The Plugable 2 Meter Active Thunderbolt 4 and USB4 cable, for instance, has specialized Intel circuits–called retimers–along the data path that act as relay stations to boost the signal. In this case, over twice the distance of the passive equivalent. It’s worth noting that you can get an active Thunderbolt 3 cable, but it only transmits Thunderbolt data–not USB. If you need an active cable, stick with Thunderbolt 4, it’s more versatile.

Have you ever noticed that every time a newer, faster connection standard comes out, the cords are shorter than the standard it replaced? Well, now you know why.