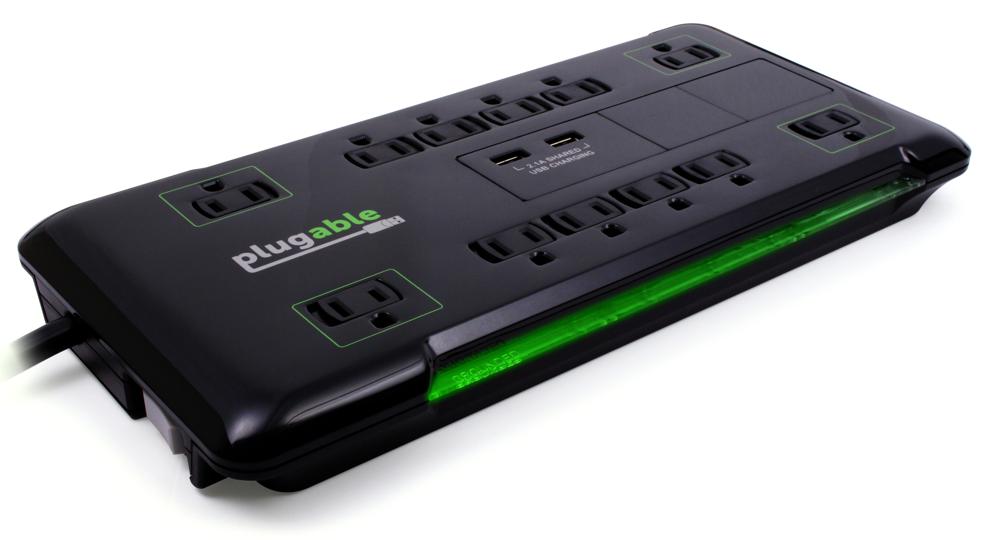 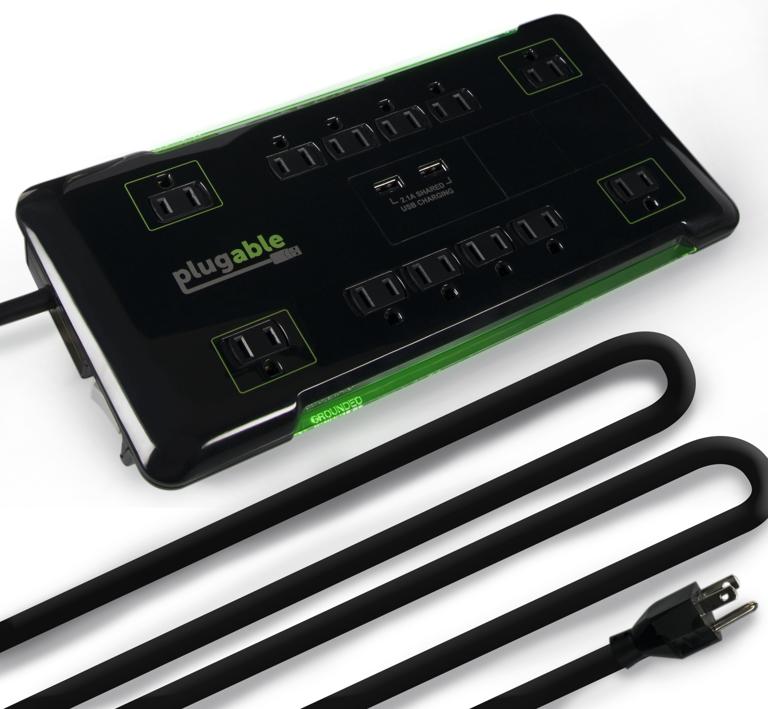 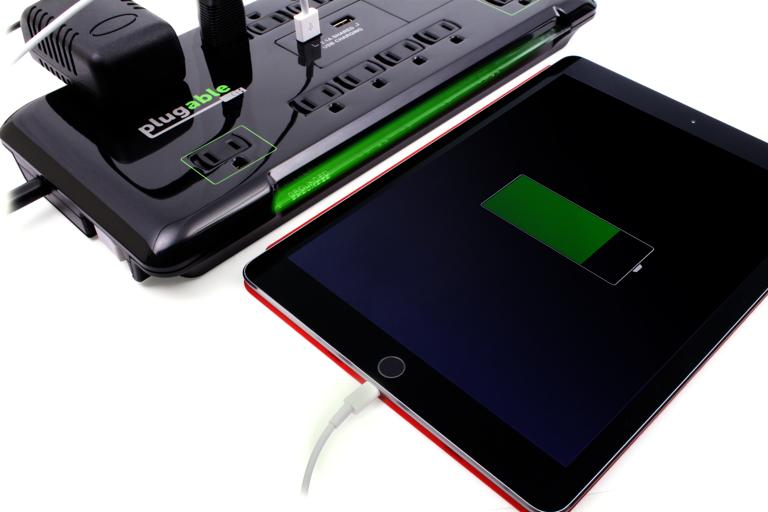 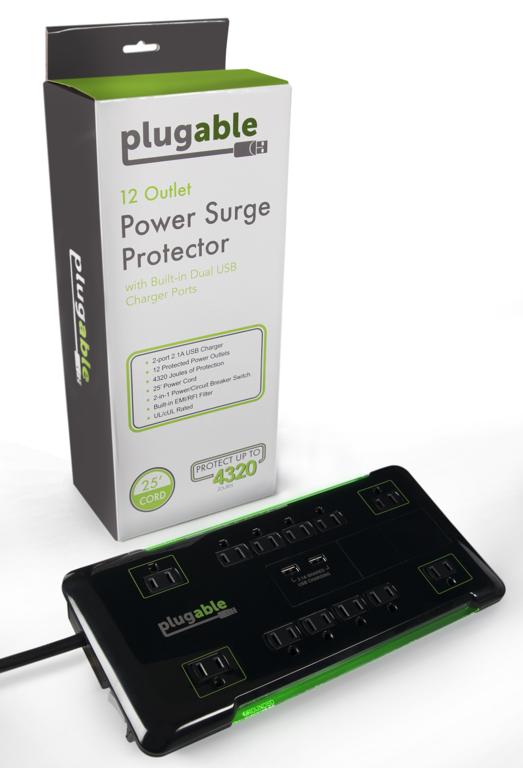 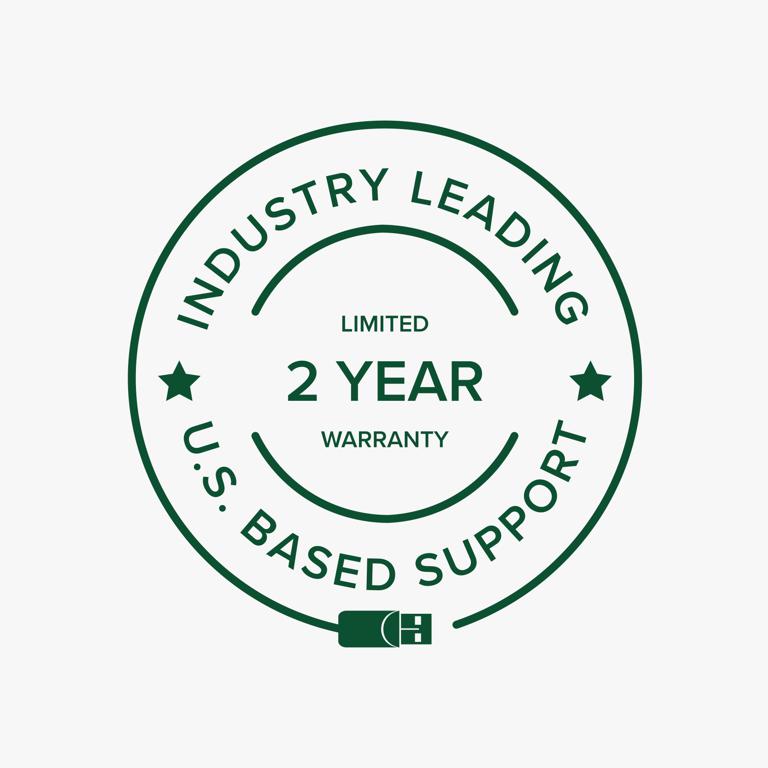 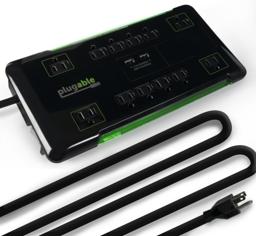 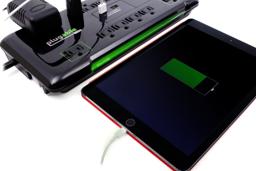 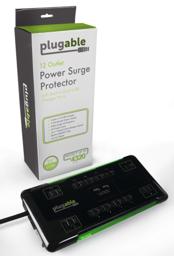 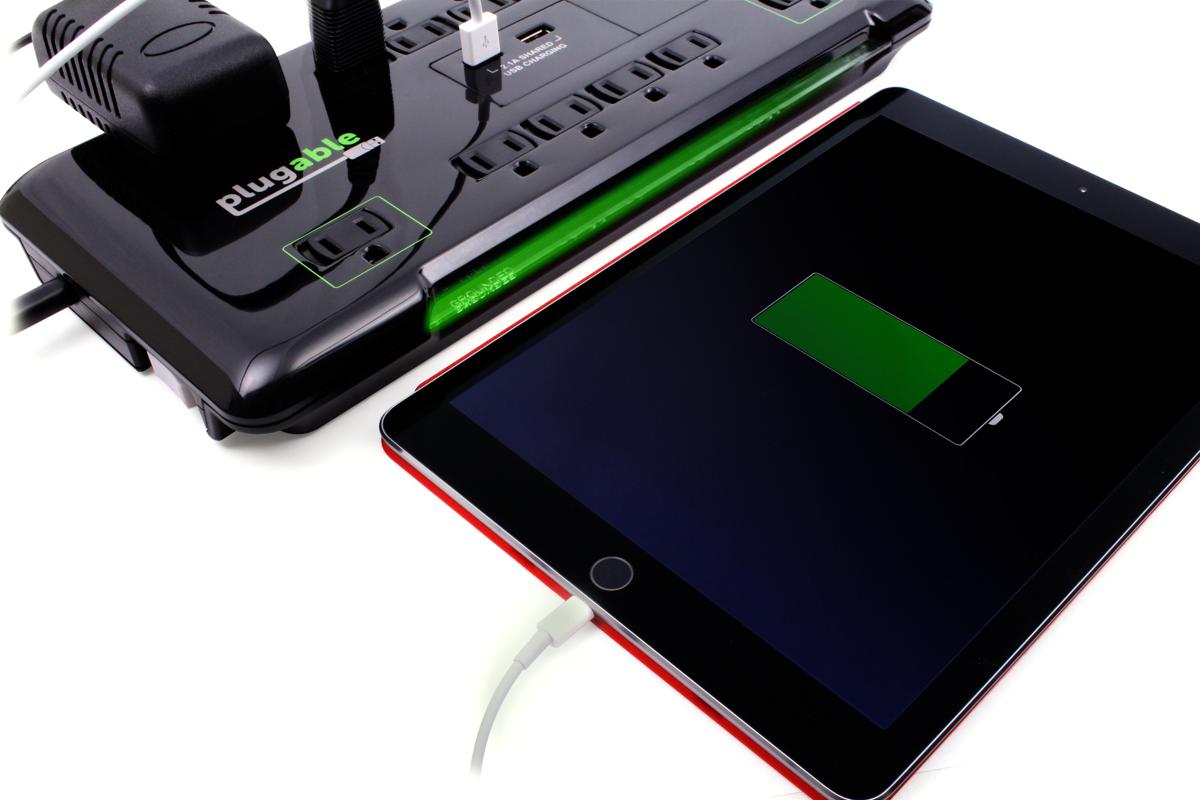 Power and Charge Everything 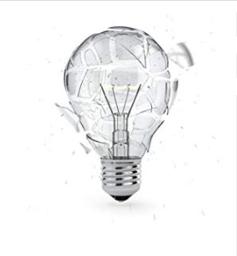 This power strip also provides surge suppression for up to 12 devices. Devices are safer than ever during voltage spikes or electrical storms.

Note: No surge suppression device can assure protection from a direct lightning strike.

With the permanently-attached 25ft cable, this surge suppressor can be located nearly anywhere you need power. From the desktop, under the desk, or across the room, you can provide protected power and USB charging to those hard-to-reach areas.

Plug into your wall outlet, ensure the switch is toggled to the 'on' position, and connect your other equipment.

The rocker switch on our surge protectors isn't just a simple on/off switch, it's a 15A (Amps) circuit breaker similar to what can be found in most household power panels. If the switch on your surge protector will not stay in the RESET position, there are a few possible causes.

A device is drawing too much current

Electrical events have caused a total failure of the surge protector 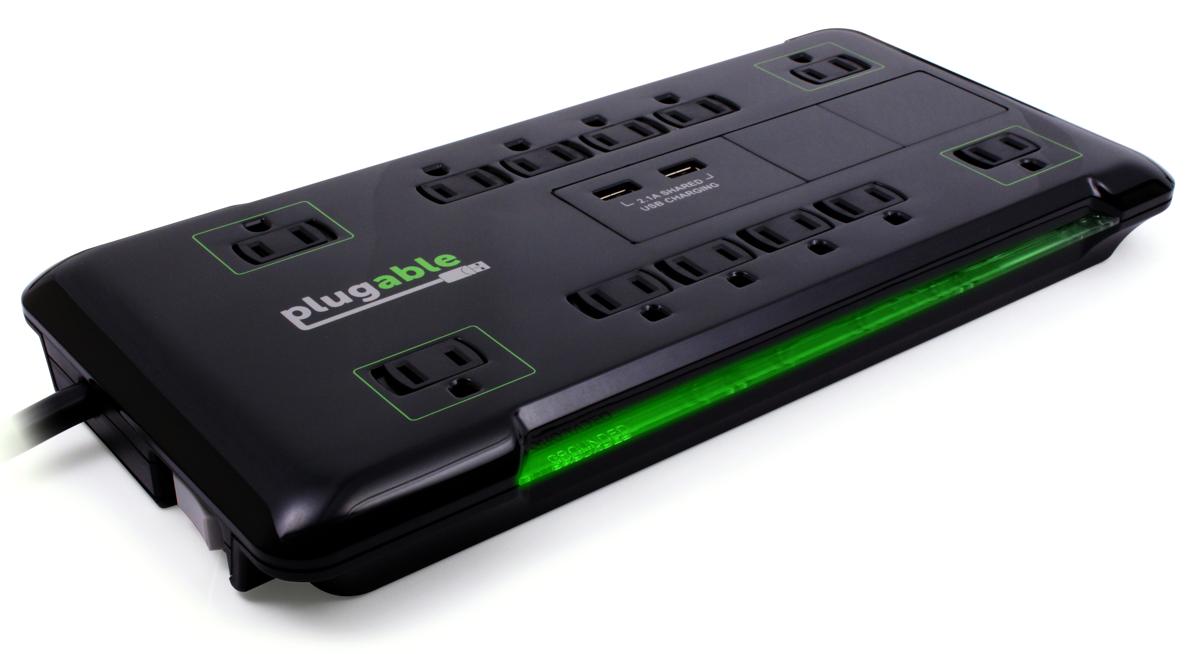